To Serve Your Needs.

Our firm traces its roots back to 1924 when it was founded by Nathan Bernard Golsof in Winnipeg, Manitoba, Canada. Gordon Pullan QC joined the firm in 1951, on his call to the bar, and PKF Lawyers is its continuation – a link in the chain of lawyers marking in excess of 90 years of excellence in the practice of law.

We, as a firm have faced a trauma or two, not of our own making. And our story goes something like this…

On a June morning in 1954, Gordon Pullan QC and his colleagues of the time awoke to the news that the building where they rented premises had been swept by fire. They arrived at work to find that description of their circumstance something of an understatement.

What remained of the venerable Time Building on Winnipeg’s Portage Avenue was a blackened skeleton and smoldering ash. Pullan’s firm and several other law firm tenants found the only really valuable resource left to them was memory and understanding clients. Records were lost forever.

“We survived, and so did many others like us,” Pullan said. Fire struck the firm again in 2003. With business squeezing them into the halls at the Newport Centre, the partners agreed to buy new premises. Their choice, the former Leatherdale Funeral premises on Kennedy Street. The sale done, major renovation was started. It was ended on August 28th by a fire, which swept the building, gutting it and damaging neighboring apartment buildings. The one positive: it forced a fresh start, which generated the new law firm premises at 240 Kennedy.

From its original founding in 1924, the firm has grown across Manitoba, and has expanded to become one of the top 6 law firms in Manitoba. We have a significant bench strength of expert lawyers, operate out of multiple locations in Manitoba, and continuously strive to expand our reach, serve Manitoba better, and provide cogent advice that our clients can understand and trust.

Due in part to the ongoing growth of the firm, in 2019 PKF Lawyers relocated its main office to 900-444 St Mary Avenue. Click here to view PKF’s photo gallery of the move. 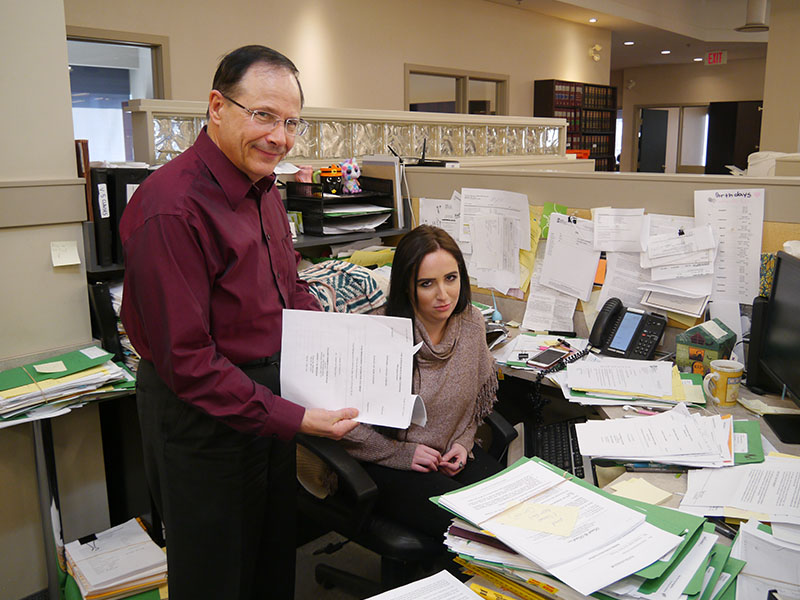